We already have the Internet. You're using it right now to transfer information across a vast network. But there's another network that researchers want to eventually build: a Quantum Internet.

A group of researchers -- including the IQUIST’s. CSL’s, and ECE's Eric Chitambar, in connection with the Argonne National Laboratory -- were awarded a grant from the Department of Energy to work on what could be the building blocks to make that idea a reality by experimenting with scalable entanglement distribution in quantum networks along multiple nodes. 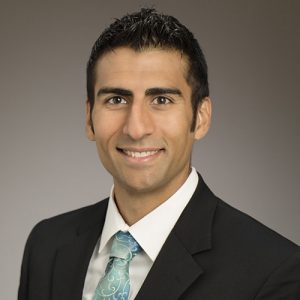 "We're just hoping to take a small step, and in particular I would say an exploratory step as well, because what this project is focusing on specifically is something known as hybrid quantum information, or hybrid entanglement," said Eric Chitambar, an associate professor of electrical and computer engineering at UIUC and researcher in the Coordinated Science Lab and Illinois Quantum Information and Science Technology Center.

Entanglement twists together two or more quantum particles, replacing their individual identities with an entwined whole. Hybrid entanglements involve using both discrete variable (DV) and continuous-variable (CV) systems to store, send, or process quantum information. Chitambar said the two could be compared to using analog versus digital signals in classical computing, where DV is like a digital system where everything is zeroes and ones, and CV is like an analog system where it’s a smooth parameter of values that you can achieve, rather than zeros or ones.

Most quantum devices consist of DV systems, such as individual atoms, spins, and superconducting qubits. DV is relatively more robust to loss when sent over the network. CV, on the other hand, offers a relatively easier platform for performing logical operations on quantum information encoded for transmission over fiber links. By using both, researchers are hoping to harness each system's advantages, with their disadvantages being compensated for by the opposite system.

One goal is to explore different schemes for hybrid routing on the network. Chitambar explained it as a packet composed of the data needing to be transmitted along with a header providing directions on where to send the data.

"Maybe I have a DV header that's going to provide instructions to where my CV information should go," said Chitambar. "We want to study the general properties of hybrid-encoded information and show that it offers a viable method for routing quantum information to different clients on a quantum network."

The team plans on experimenting with this concept in a multi-node metropolitan fiber-optic network in the Chicago region at the Argonne Quantum Loop and Argonne-Fermilab Quantum Fiber Link, as well as two network nodes under construction, "Argonne in the city" in Harper Court and at the University of Chicago.

While the Quantum Internet isn't a reality yet, there are several functions it could one day do, such as detect eavesdroppers on the network, establish precise clock synchronization, or perform secure tasks on a cloud quantum computer, some of which even keep the cloud from knowing what program you're trying to use.

Eric Chitambar will join David Awschalom of Argonne National Laboratory, and Liang Jian of University of Chicago in this research through August 2024.