Researchers predict extra viscosities in a fluid made of electrons

Recently, IQUIST scientist Barry Bradlyn and graduate student Pranav Rao published a paper predicting what would happen if you pushed on a certain kind of quantum fluid. The new study explains that a two-dimensional sea of electrons can have unexpected responses to force beyond the behaviors of an ordinary fluid. In the April-June 2020 issue of journal Physical Review X, they present a model for viscosity that could be used to develop novel tools for probing the unusual physics of quantum materials.

“We wanted to come up with a complete theory of viscous flow for electrons moving in a realistic crystal, which usually isn’t entirely symmetric,” said Bradlyn, an assistant professor in the Department of Physics. “And we discovered that new viscosities can emerge and influence how these fluids would react to circumstances like flowing through a pipe.” 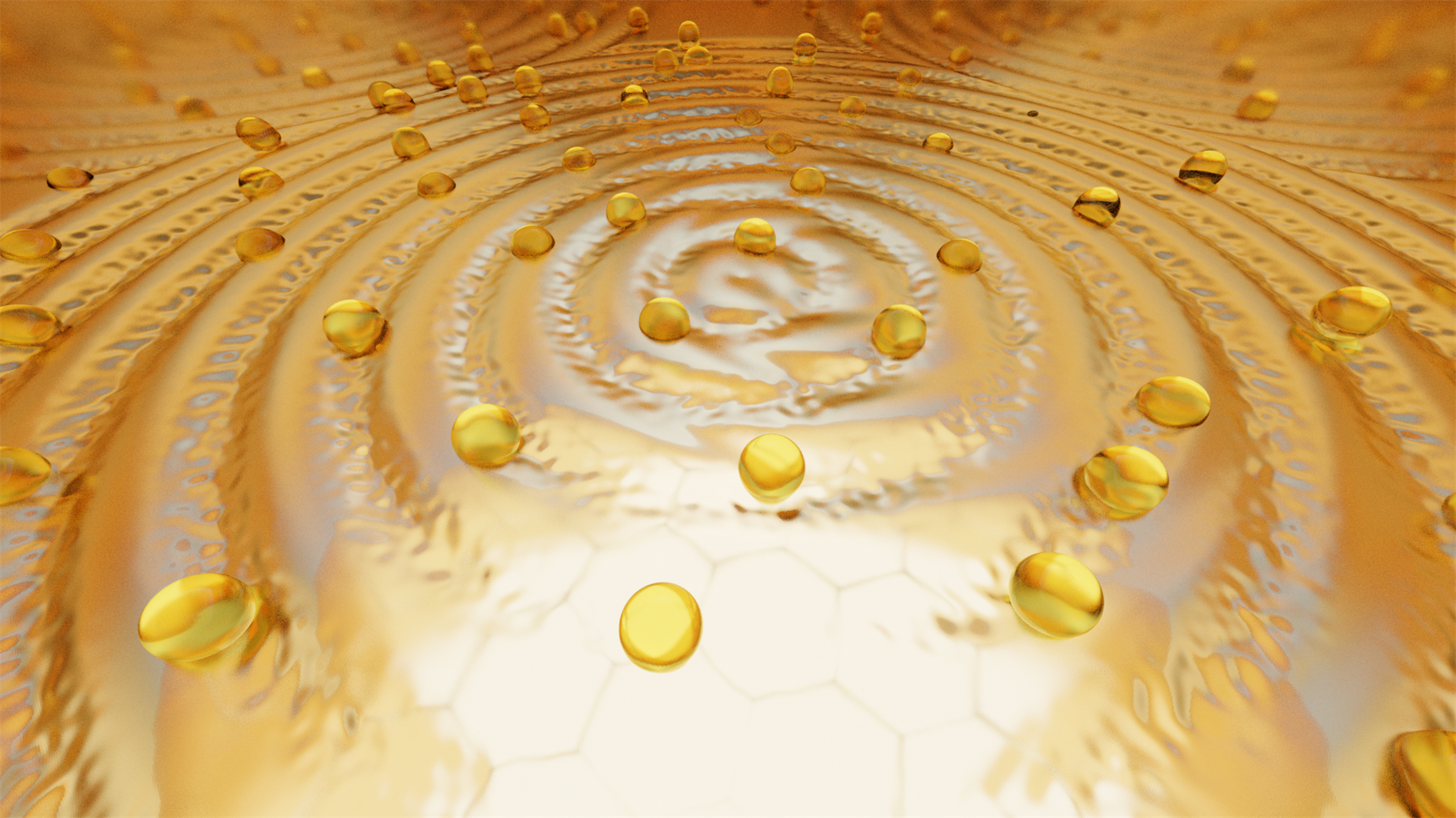 The viscosity of any fluid depends on what it’s made of and its density. For instance, gases like air are not particularly viscous—the molecules have more or less short-distance, weak relationships and move independently. But as molecules get closer together, they exert forces on each other and can change to a liquid. Differences in viscosity are easily seen when you compare the rush of water from a tap to the slow, gooeyness of honey as it pours from a bottle. The sugary carbon-oxygen-hydrogen molecules found in honey interact strongly, making the sweetener thousands of times more viscous than water.

Electrons don’t really stick together in the same way as sugar molecules or water but, in some materials, they flow like a liquid and exhibit viscosity. Graphene is an example of a quantum material with a two-dimensional crystalline structure that, when chilled, has electrons that collectively resemble a fluid.

Much of what physicists know about electron fluids happens when a material’s crystalline landscape is full of symmetry, meaning its atomic structure looks the same no matter which direction the electrons flow. In these isotropic quantum fluids, there are two kinds of viscosity that guide how electrons respond to different forces. The first is shear viscosity, which describes how much a fluid opposes flow in a particular direction—it’s as if the fluid has layers sliding at different speeds. The other viscosity, called the Hall viscosity, is more elusive, and in most cases, only appears when a quantum fluid is in a magnetic field. If you try to compress a quantum fluid with a Hall viscosity, it might start spinning, rather than speeding up like a normal fluid.

Bradlyn and Rao modeled electron fluids inside a crystal with a less symmetrical structure. In doing so, they spotted something new with the viscosity—electron fluids have six Hall viscosities which translate into three possible reactions.

“It was very surprising to us when we uncovered these new features by just allowing the fluid to have anisotropy,” said Bradlyn. By letting go of symmetry, the model gets closer to what’s going on in real materials, which are often anisotropic.

“The exciting part was consistently finding results that made, at the time, no sense to us,” said Rao. “We sort of stumbled on how interconnected these six Hall viscosities were and how they alter our conventional assumptions about these fluids.”

The new viscosities can play out in quantum Hall systems, which are two-dimensional materials immersed in a magnetic field at temperatures close to absolute zero. This temperature drop is necessary to reveal quantum behaviors that otherwise can’t be seen. Under these conditions, the material’s ability to conduct electricity looks like a canyon full of plateaus, rather than a smooth line that is typical of ordinary conductors. The steps happen at integer or fractions of a combination of fundamental constants.

While the effect itself is a global property of the whole system, fractional quantum Hall physics depends on complicated electron interactions. Measuring conductivity by itself is not sufficient to fully characterize what’s going on with the plateaus. For instance, there might be a handful of potential electron interactions that underlie a conductivity plateau with the fraction 5/2 and simple measurements can’t necessarily rule out the different options. This new study by Bradlyn and Rao shows that if the electron fluid in a quantum hall system is anisotropic, then measuring the viscosities could provide a way to pin down which electron states of matter occur in a particular plateau.

Bradlyn’s group is focused on studying the role of viscosity in such an unusual quantum material system, but he says that the new viscosities could also be observed in artificial metamaterials and possibly even ordinary fluids made from large biological molecules.